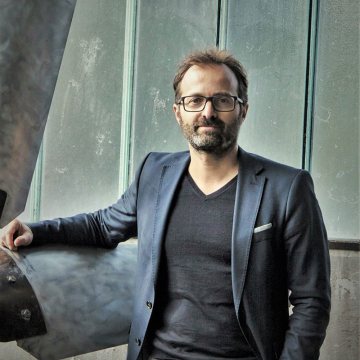 Reinhard Fuchs has been artistic and executive director of PHACE since 2009.

Reinhard Fuchs, born in 1974, first studied accordion at the Bruckner-Conservatory Linz (1991-1995). After that he completed his studies in composition with Michael Jarrell (1995 – 2002) at the University of Music in Vienna. 1997/98, Fuchs attended studies at the University of Miami in Florida. Courses with B. Ferneyhoug h, M. Stroppa, M. Lindberg, K. Huber were further important stimuli for his work. Next to commissions of renowned ensembles and organizers, Reinhard Fuchs can also refer to numerous international prices and distinctions (1st prize at the 7th international composition competition Salzburg, the 2nd prize at “stasis et vita” / Germany, the special prize of the Foundation Royaumont / FRA, 2001 the Anton-Bruckner- Prize, 2003 austrian grant for composers).

In 1997, he founded together with colleges the composers group GEGENKLANG.

In 2016, his portrait CD has been released on Label KAIROS.